WASHINGTON, D.C.—Insurance companies have increased their commercial mortgage allocations while maintaining a record of comparatively low net losses. That’s among the headline findings of the CREFC/Trepp Insurance Company Investment Performance Survey for the second half of 2016, released Monday by the CRE Finance Council and Trepp LLC.

At the year end of last year, insurers’ commercial mortgage holdings averaged 11.20% of total invested assets for the 27 survey participants. This was a 12-basis point increase from year-end 2015, although the $41 billion in new originations was actually down about $3.5 billion from ’15, with individual respondents’ commercial mortgage holdings ranging from a high of 18.29% to a low of 2.88%.

Performance metrics have generally improved on a year-over-year basis. Insurers’ realized net losses in the general accounts and subsidiary entities of survey participants totaled 0.003% as of Q4 ‘16, compared to 0.01% in the year-ago period. By comparison, CMBS and commercial banks experienced losses of 0.81% (almost unchanged from a year ago) and 0.01% (down 4 bps from a year ago), respectively, as of this past Dec. 31.

Based on the data collected by Trepp and CREFC, the decrease is tied to lower delinquencies reported by small and large firms on their portfolios. However, the commercial mortgage delinquency rate for insurers remains low compared to CMBS and banks, with rates at 5.06% and 0.61%, respectively, for the same period.

New originations last year were evenly distributed across property types. Office and multifamily sectors comprised 31% and 23% of the total dollar volume, respectively, compared to 26% and 24% in ‘015. Retail and industrial loans each represented about 20% of total originations.

The weighted average loan to value ratio reported for the new originations improved slightly from a year earlier, while the weighted average debt service coverage ratio dropped, to 56% and 2.12x, respectively. CREFC says the credit quality of insurance companies’ mortgages, as measured by the new Commercial Mortgage (CM) Test Scores, appears to be good. Based on data collected on approximately 69% of the new originations, 98% of insurers maintained high concentration to both CM1 and CM2 categories compared to 93% the year prior.

“The survey is particularly useful today to our participating life company portfolio lenders, as they navigate through a CRE cycle that is at or near its peak,” says Lisa Pendergast, executive director of CREFC. “It also is invaluable to CREFC’s decision-making around advocacy and other industry-related activities, both of which require a solid understanding of the sector’s general health.”

Trepp managing director Tom Fink gave a presentation on the latest findings at CREFC’s Portfolio Lenders Forum Monday, part of its Annual Conference in Washington, DC. The next installment of the CREFC/Trepp Insurance Company Investment Performance Survey, covering data for the first half of 2017, will be distributed in January at CREFC’s 2018 Industry Leaders Conference in Miami. 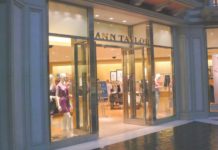 Ascena Retail Group Brands Tied to $1.7B in CMBS Loans 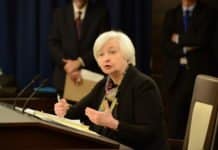 Another Rate Bump, Another Wait-and-See Moment for CRE 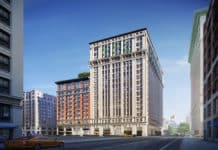 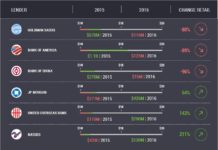