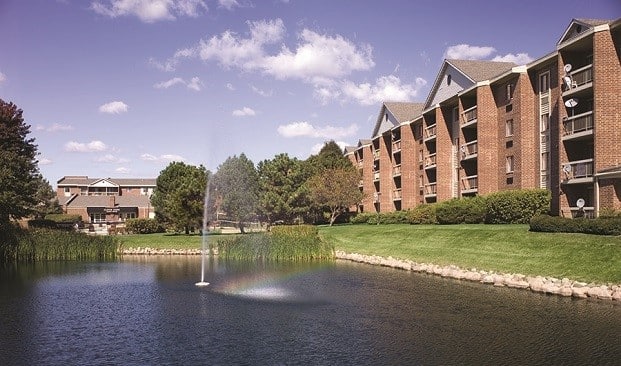 CHICAGO—Apartments in the Chicago region that present value-add opportunities continue to attract some of the most influential property owners in the US. JRK Property Holdings just acquired Clover Creek, a 504-unit apartment community in suburban Lombard, and has plans to upgrade the community. The transaction was brokered by HFF.

JRK has made other significant investments in the region. One of the largest multifamily owners in the US, JRK entered the market in 2014 with the acquisition of The Residences at Arlington Heights, an 838-unit community in Arlington Heights, located 20 miles north of the Clover Creek property.

Buying and renovating such developments makes a lot of financial sense. Construction costs have increased quite a bit in the last few years, partly due to the escalating costs of land and labor. And high costs have helped ensure that most new construction takes place in or near downtown core areas, leaving vast stretches of the suburbs untouched. But many suburban assets built in the 70s, 80s and 90s have real potential, and that gives an opening to investors comfortable with the value-add suburban sector.

A spokesperson for JRK tells GlobeSt.com that the Los Angeles-based firm does not focus exclusively on the suburbs, but has had great success investing in secondary markets or suburban locations in primary markets. It now has a portfolio with around 32,000 multifamily units.

Built in 1986, Clover Creek is about 30 minutes west of downtown Chicago. It is also just 10 miles west of the Illinois Technology and Research Corridor, one of the principal economic centers in suburban Chicago and the home to the headquarters of seven Fortune 1000 companies.

“Clover Creek provides us with a unique opportunity to acquire another sizeable institutional quality asset in suburban Chicago where we can benefit from economies of scale to minimize operating costs and deliver quality rental housing in a supply constrained market,” says JRK senior vice president and head of acquisitions James Bloomingdale. “We intend to spend close to $15,000 per unit to drastically improve the interior units and common areas to better suit the strong demand for a higher quality product in the area.”

Clover Creek was acquired out of the firm’s newly closed $330 million JRK MF Opportunities II LP fund, which targets value-add multifamily assets built before 1990. Through its prior $300 million fund, which was launched in 2012, JRK acquired 14 properties totaling more than 6,000 units throughout the US.

Sean Fogarty, Marty O’Connell and Amanda Friant from HFF represented both parties in the transaction.