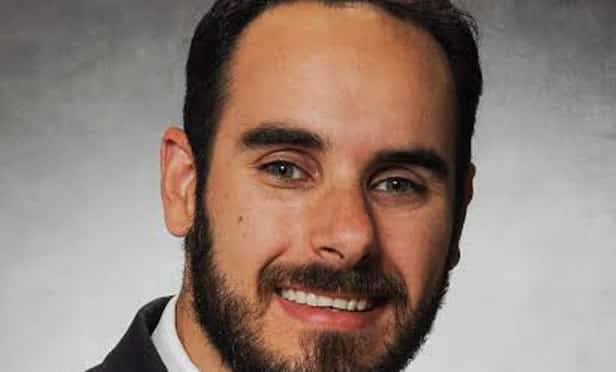 WALNUT CREEK, CA—Let’s talk broad brushstrokes. Those millennials who aren’t living over their parents’ garage often opt for apartments near to where they work. That often means apartments in cities. But that’s also an assumption that’s bound to change as the first wave of millennials grow in age and earning power.  And therein lies some potential good news for mall owners.

“We’re seeing the millennial generation—the early end, now entering their 30s—starting families and looking to purchase homes,” says Brian Landes, Geographic Information Systems manager and retail researcher for Transwestern. “They’ll be looking for suburban locations and, by and large, turning to the  suburban lifestyle where they typically grew up, with the yard and the grass, the dog and the garage.”

As they do so, they’ll become Boomer-like consumers, buying things for their homes and their kids. This trend will have major implications for mall owners, Landes notes, in a follow-up to our RECon video interview available at the end of this story. And while much of their shopping will be online, “a large portion of it will be coming from suburban shopping malls,” he says. “They’ll want places to eat, play and gather. So malls will be retooled to focus much more on those functions rather than the actual shopping.

“The mall we grew up with in the ’80s and ’90s was a place to shop, and whatever gathering took place happened organically,” he continues. “The mall now will be retooled specifically to bring people in and provide that gathering point as the central aspect.”

As we’re finding in grocery stores now, the malls will also develop a more customized approach, or at least one that has the trappings of customization. “There’ll be a sense of who the customer is, and it will give them a bit of customization,” he says, calling it “mass customization, with a bit of a local experience, whether you’re in New York or California. It’ll feel a little different, just enough so you notice it, but it’s geared to serving that entire trade area.”

Even today, as GlobeSt.com has reported concerning the challenges facing malls, owners and retailers are having a hard time defining success by shifting parameters. That can only increase as the emphasis turns from shopping to gathering.

Success is “getting tougher to measure,” says Landes, “and I don’t know that we still have a clear metric for it. Occupancy remains a sort of bread-and-butter measure, and by that standard, malls are doing okay, with a 95% national occupancy rate.

“And within the mall, retailers measure performance by same-store sales and store growth,” he continues. “But that’s a tougher one to measure, in large part because so many retail stores are also a distribution point for online sales.”

Going forward, Landes believes there will be fewer metrics based on sales and more on foot traffic and interaction. And so, “retailers and mall owners will be putting a lot more investment in technology to track how consumers are interacting with their centers and with their stores.” Then comes the analysis of those metrics to optimize footprint and inventory.

So, do most mall owners actually get that there’s a major shift coming their way—on top of all that they’ve already had to deal with? “The larger national REITs see the writing on the wall,” he says. “They see that the market and the industry are changing. Also, most of them have malls that are in A locations in larger markets and they have access to capital to invest back into their centers and make updates.

“The tougher spot is for the smaller and local owners,” he continues. “We all see the change that’s coming, but if they don’t have that A location or that access to capital,” they face a tougher row to hoe. “Those owners may have to do something like incorporating a mixed-use element like bringing in an office, medical or multifamily component or developing part of their outparcel into some other use.”

That, in fact will be key to all owners, big and small, as they shift away from pure-play retail. And to that extent, they will have to “work with local governments to get zoning for those other uses,” Landes says. “And they’ll have to make that pitch that, while we all know and love the sales-tax revenue we got from retail, it may not be there so much in the next five or 10 years.” The name of the game—and the text of that pitch—in years to come will be “higher and better uses.”

Welcome to the new American mall.