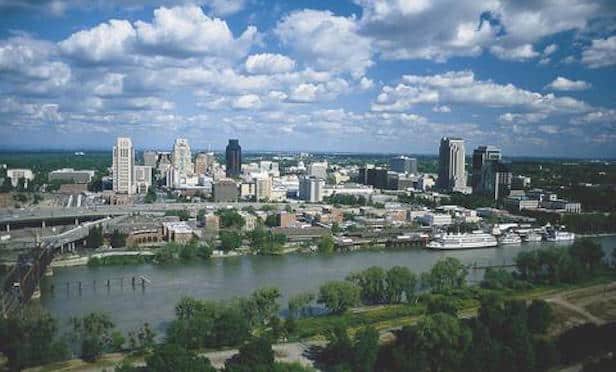 SANTA BARBARA, Calif. – Although multifamily rents nationwide increased in May for the third month in a row, Yardi Matrix is continuing to chart a deceleration in the growth rate. Average US monthly rents rose $4 to $1,316, according to Yardi Matrix’s monthly survey of 121 markets.

On a year-over-year basis, rents were up 1.5% nationwide in May. The Y-O-Y growth rate was down 40 basis points from April, 90 bps from March and well below the 5.3% growth rate of a year ago. “Deceleration is more than firmly established, as the Y-O-Y growth rate has decreased for 13 straight months since reaching 5.4% in April 2016,” according to the Yardi Matrix report. The last time the Y-O-Y was as low as 1.5% was in April 2011.

The increase in supply nationally combined with issues that vary by market, such as slowing demand or affordability, are behind the declines in rent growth. Yardi Matrix projects 360,000 units to come on line in 2017, on top of 281,000 units that saw the light of day in 2016.

Evidence that the supply is taking a toll on rent growth comes from the difference in rent growth between upscale Lifestyle units, where the new developments are concentrated, and the more moderately priced Renter-by-Necessity units. Nationally, Lifestyle rents have been flat (0.0%) Y-O-Y, while RBN rents are up a moderate 2.6%.

“Although the slowing rate of rent growth is not unexpected—coming as it did on the heels of several years of outsized increases—the questions facing the market now include how low the rate of growth will go and how long growth will remain in the doldrums,” the report states. “The answers may well depend on how long the supply spigot remains open and how well the economy performs. We anticipate that supply will peak this year, although it will remain relatively robust in 2018 and 2019.

“Supply growth continues to play a significant role in nationwide rent deceleration, as markets with a great deal of new supply are feeling pressure,” according to the report. Apartment deliveries will likely peak in 2017, which will stress the pricing power of apartment owners in the short term.

Supply growth is heaviest in rapidly expanding markets in the South and West. Metro areas in which completions will add more than 3.0% to total stock in 2017 include Charlotte, Nashville, Austin, Houston, Miami and Denver.

Accordingly, the new supply has contributed to a decline in occupancy over the past year in those metro areas. The biggest Y-O-Y drop was in Nashville, where occupancy rates fell 1.7% as of April, followed by Houston (down 1.2%), and Denver and Austin (both down 1.0%).

Markets with less new product in the pipeline haven’t been completely inured to the decline in occupancy, although the impact has been significantly less extreme. Completions represent less than 1% of stock in California markets such as Sacramento, the Inland Empire and Orange County, and the year-over-year occupancy decline in each market is less than 30 bps. Not surprisingly, rent growth has been stronger in these markets as well.

On a metro level, Sacramento continues to lead the US with annual rent growth of 7.3%, followed by the Inland Empire (4.2%) and Los Angeles (3.9%). Conversely, Yardi Matrix says the biggest impact of the deceleration might be the high-growth warm-weather metro areas such as Orlando, with Y-O-Y rent growth of 2.8%; Phoenix (2.3%), Atlanta (2.2%) and Dallas (1.8%). In these markets, “demand remains healthy but rent increases are being held back by new construction.”

And despite a flood of new supply this year, Yardi Matrix cites a number of factors pointing to long-term momentum for the apartment sector. “Steady job growth, low single-family home starts and pent-up housing demand from the 83 million-strong Millennial generation should enable the multifamily industry to bounce back after it weathers the current turbulence,” the report states.