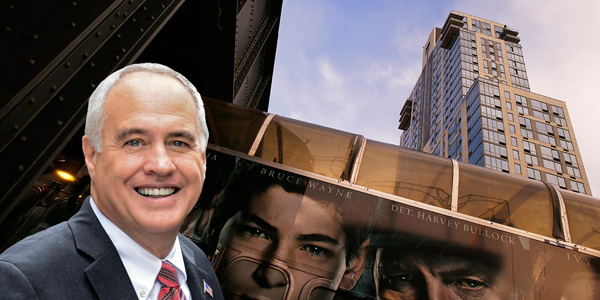 The Ohm and Thomas DiNapoli (Credit: Ohm NY and Twitter)

A state audit shows that more than 100 tenants living in the city’s affordable units make more than $100,000 a year.

As of 2015, at least 160 tenants were living in publicly subsidized affordable housing, despite their six-figure salaries, according to an audit by state Comptroller Thomas DiNapoli. Among these tenants was investment banker David Sans, who claimed that his full-time salary was $24,745 when he applied for a $722-a-month apartment in a luxury tower in Chelsea, the New York Daily News reported.

Shortly after applying, tax returns indicated that his income ballooned to $238,000 and then $456,502 the next year. Tenants can’t be kicked out of rent stabilized apartments if their income increases.

Sans claimed the $24,745 salary in a copy of a 2011 tax return — not in an official transcript from the Internal Revenue Service. Sans’ building, the Ohm, received the 421a tax break in exchange for making 20 percent of its units affordable. The tax exemption doesn’t require tenants to provide an IRS transcript. Sans told the Daily News that he was unemployed when he got the apartment.

At one point, he also claimed a niece and a nephew as dependents and allegedly provided false social security numbers for them. DiNapoli said in the report that the state needs to review cases like this more carefully.

In December, The Real Deal‘s Konrad Putzier suggested that the state introduce means-testing to ensure that tenants in rent-regulated apartments actually qualify for the units. He argued that means-testing would be an effective way to put low- and middle-income families into affordable units. [NYDN] — Kathryn Brenzel