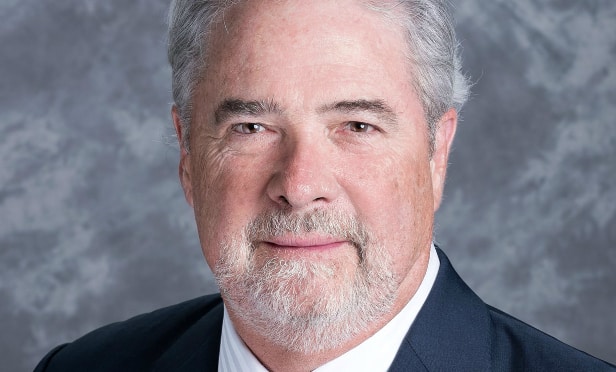 SAN DIEGO—Self-storage rental rates may inch up in San Diego, but not by much since customers have been experiencing rate hikes for the last eight years as the economy improved, Marcus & Millichap’s SVP investments and senior director of the firm’s National Self-Storage Group Charles “Chico” LeClaire tells GlobeSt.com. We spoke with LeClaire about the firm’s recently released 2017 self-storage market overview for San Diego and how this asset class is changing in the San Diego market.

What are the main takeaways from the self-storage report?

LeClaire: Surging housing completions benefit the demand for self-storage space. Vacancy is very low in the San Diego market. There has been new construction, but most of that new construction has been centered south of town in the Chula Vista area. There are quite a few properties—eight to 10—being built there. In San Diego proper, it’s so difficult to find land, get it zoned and get it through the entitlement stages. I don’t know of any self-storage properties being built in San Diego proper. There’s one out on the 805 that U Stor It is completing, but the market is very, very tight. With all the new product in South County, vacancy will likely increase a little bit. I’m not sure that’s the case, but what I’m seeing is the flattening of rates. The new construction is being absorbed, but rents are so high in that market—they’re approaching $2 for climate-controlled space.

The trend I’m seeing across the US is rate fatigue. Customers have been seeing their rates go up consistently now for the last seven or eight years since the market has improved, and people are getting to the point where they’re fatigued by the rate rising. You might decide to throw away some of that stuff or store it in a garage or find an alternative. Vacancy, I think, will stay about the same, rates will stay about the same.

Compared to Denver, Dallas or Houston, San Diego is in much better shape as far as self-storage owners go because it’s so limited as to what can be built. Overall, the San Diego market is more insulated than the majority of markets in the country: there’s the ocean to the west, the mountains to the east, the military to the north and Mexico to the south. There is land in National City, but not necessarily where you want to build self-storage. The market very stable.

GlobeSt.com: How has the importance of this category changed over time in San Diego?

LeClaire: Over the past 20 years, we’ve seen a trend where more and more people are accustomed to and are knowledgeable about self-storage. Even if the population stays stagnant, more people are using self-storage; they’re accustomed to it, they’ve used it, their friends and family use it and there is a need for it. If it gets too expensive, people will look for an alternative, but between houses, downsizing or upsizing, oftentimes it’s a necessity. People have learned how to use self-storage space; it’s an important part of the local economy, and it’s used by greater percentage of population than ever before.

GlobeSt.com: How are the properties themselves changing?

LeClaire: The majority of the facilities in San Diego are the older, drive-up, cinder-block or metal construction, single story. But what’s happening now, with new ones being built, is that they can be built on a smaller footprint, so you need less land—you can build on 1 acre or less and go vertical. The new ones are climate controlled, cleaner, they don’t get dusty and dirty. People are more comfortable in the security that they’re inside versus outside as far as potential burglary goes—the doors are alarmed and burglars can’t gain access. The newer ones have more security and more cameras and seem to be safer, cleaner place to keep your valuables.

GlobeSt.com: What is the investor sentiment on self-storage properties in this market?

LeClaire: In San Diego, investor sentiment is very high. There’s very little turnover, and the market is slow. None of the large REITs are selling anything in SoCal. I just talked to two of the major owners in San Diego, and they said there’s so little turnover, so few properties change hands, and everybody is happy to own it. Even in the downturn of the market, there’s no change. Some even own generationally, passing them down. It’s much more maintenance free than an apartment building, but older properties are starting to demand updated features like alarms on all the doors, repairing and replacing gutters and asphalt and roofs need to be replaced. It’s a function of age; a lot of these properties are older, so the capital expenditures tend to be higher.