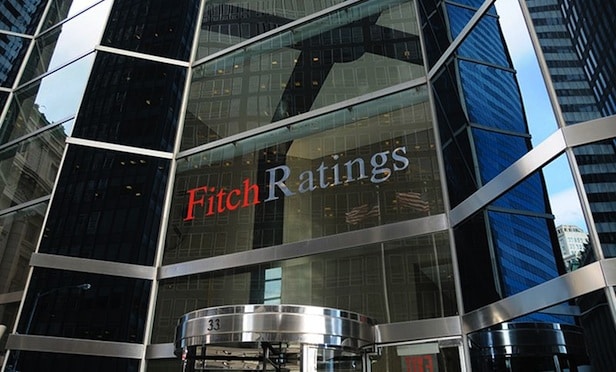 NEW YORK CITY—It could give the phrase “mixed use” new meaning. Fitch Ratings sees a convergence of industrial distribution and retail real estate in the future, driven by the growth of e-commerce and the increasing emphasis on delivery speed as well as pick-up services for retail goods.

“Retail real estate sites and e-commerce last-mile distribution sites now essentially serve the same purpose—the distribution (or staging) of goods for sale to the end user,” the ratings agency said Tuesday. “One has a delivery focus but without public access, the other has public access but without a delivery function. Retail centers that exhibit the best demographics, which include per capita income and population density, will be most easily repositioned and most capable of managing the secular shift in how goods are sold and purchased in the 21st century.”

The two worlds already are converging in a number of ways, from online retailers opening brick-and-mortar stores to brick-and-mortar retailers using more of their physical locations to fulfill online orders. Yet Fitch sees the lines between the two becoming even more blurred. “Ongoing changes for retail real estate and industrial/distribution space have put the future role of shopping centers and lower-quality malls in question,” according to Fitch.

“E-commerce continues to take share from bricks and mortar retail, resulting in tenant and retail property softness. We believe well-located retail properties and REITs with portfolios centered on consumer demographics will see continued demand as delivery and pickup services and an increased focus on demographics gain momentum.”

In a commentary posted to its Fitch Wire page, the ratings agency said it sees owners of infill retail locations that can also function as delivery and pickup locations—i.e. retail distribution, or ReDi Facilities—as the likely winners as this convergence accelerates. “The need to distinguish between an attractive retail or last-mile distribution site—zoning notwithstanding—will become less meaningful as the function of the real estate is the same: providing a way to distribute goods to customers. The old real estate axiom, ‘Location, Location, Location’ applies, possibly now more than ever.”

The maxim’s application may be taking on a different shade of meaning when distribution enters into the picture for retail sites. While values for community shopping centers and regional malls traditionally have been measured by their proximity to population density and the per capita income of their selling areas, “last-mile distribution and pickup purposes will also be considered in drawing consumer foot traffic and buying power,” according to Fitch.

Retail demographics, too, may carry different connotations in the future. “When it comes to last-mile retail distribution, underwriting on location (based on consumer demographics) may take on as meaningful importance as in-place NOI,” Fitch says.

Even now, some REITs have begun to consider their options for potential excess parking facilities as ride-sharing takes hold and self-driving cars are on the horizon. “Depending on zoning and the configuration of a shopping center, using excess parking facilities or underutilized retail space to develop small scale last mile delivery and pickup distribution facilities may be an option,” according to Fitch.

“If the alternative is an antiquated or failing center in a municipality, zoning authorities and their communities will eventually be compelled to consider zoning changes allowing small scale distribution facilities at current retail zoned sites or face the prospects of a blighted center, lost jobs and tax revenue.” The ratings agency also expects that real estate owners “will find ways to make mixed-use retail / distribution sites palatable for residents.”